Your donations help me to provide reduced rate mentoring services for those who cannot afford the full fee. Donate using the Patreon button below...

Miguel is a catalyst, healer & holder of sacred space.

He is a man who has made significant progress in embodying and alchemising the twin flame union of divine masculine and feminine within him. The result of this is that he has reactivated the ‘powers’ (accessible to everyone) and is a clear conduit through which healing (source) energy flows through. You can experience this energy most powerfully in your Sacred Union Mentoring sessions with him but also through poems, blogs, books and videos available on this website.

His life mission in service and Love of the Divine Feminine energy was catalysed at seven months old when he lost his mother. As a result of other challenges growing up, Miguel later spiraled down into a shadowy world of violence, petty crime, addiction and homelessness. It was the love of his new born son that inspired him to begin to face his demons and take responsibility.

For over twenty years he has been immersed in the ‘twin paths’ of healing and transformation which can be summarized as an inner journey to heal his own traumas facilitated and complimented by his contribution to service to others and spiritually rooted social change.

Initially working with disadvantaged young people for many years, Miguel has now evolved into a profoundly effective catalyst for change and facilitator of the marriage of the divine masculine and feminine.

His intuitive, sensitive nature and honest, authentic and open heartedness are amongst the gifts he has to share in his passion to empower youth and adults in order to facilitate and catalyse the transition, from what no longer serves humanity and the planet, into what is increasingly being known as’ the more beautiful world that our hearts know is possible’.

His immersion in the work of the divine masculine and feminine has its roots in his desire to create a more beautiful world for children now and the generations to come. When the inner and outer relationship between man and woman is restored to balance, peace and harmony, it is the children of these relationships who will benefit most. And these children shall grow up to be the healthy, whole, visionary, leaders and change-makers of the future.

When the two become One we are home! 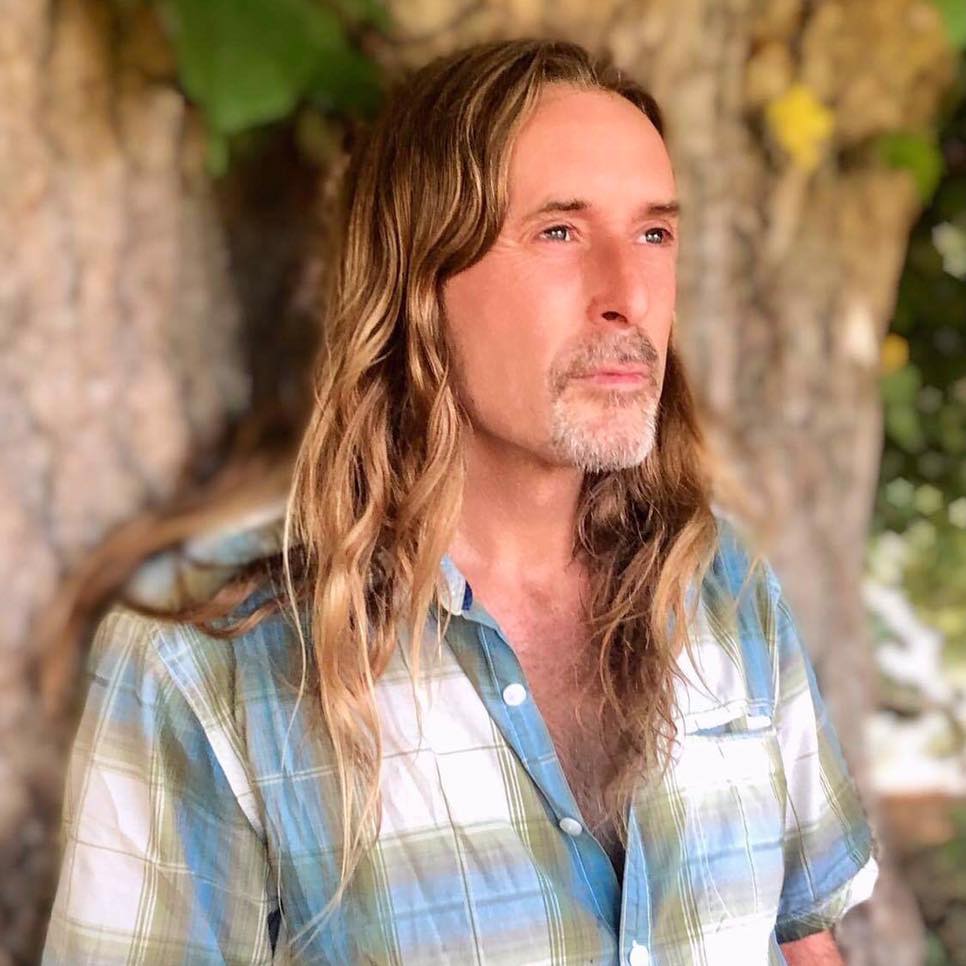 “Miguel holds an energetic frequency that allows opening, trust and release to embody the dance of the divine inner masculine and feminine. The energy he holds so exquisitely is subtle, tender and because of this incredibly strong but in a different way than I have ever experienced. If you are wanting to deepen this dance of beloved life and love and union between the inner and outer masculine and feminine, then Miguel in his Sacred Masculine Healing Sessions can support you beautifully in the next steps of your journey.” – Sara 2019 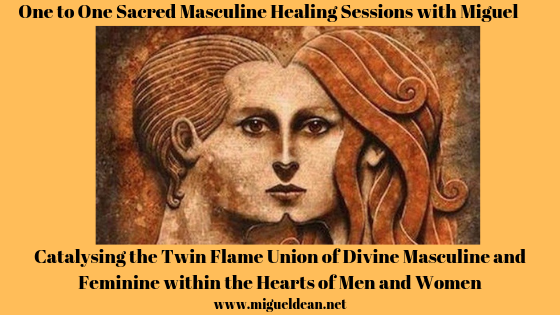 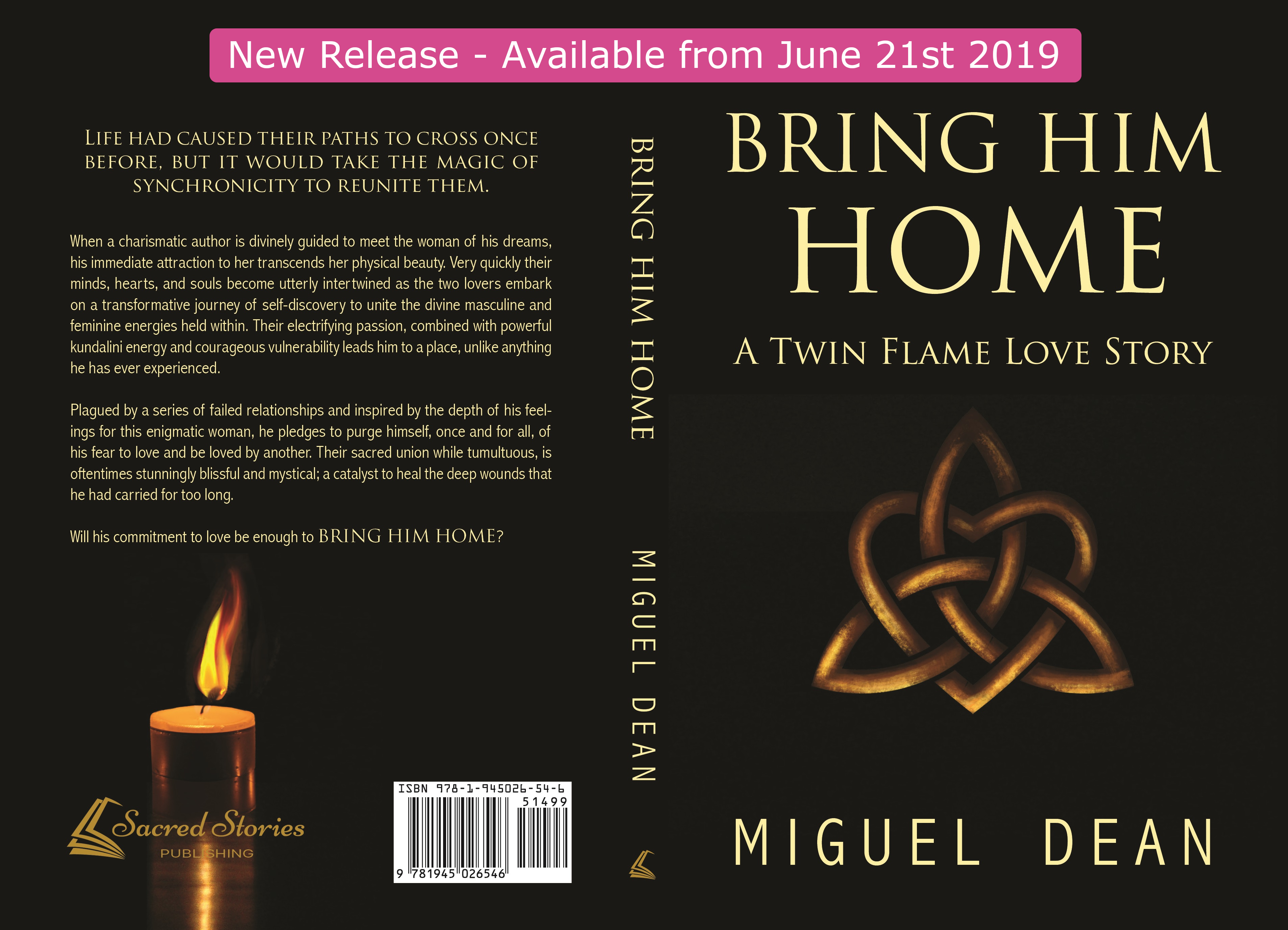 To order your book from Amazon:

The U.S. link is: Amazon US

The U.K. link is: Amazon UK

To read an excerpt from Bring Him Home: Click Here

‘Bring Him Home – A Twin Flame Love Story’ is a captivating autobiographical novel that boasts a uniquely vulnerable voice in its depiction of the realities of twin flame romantic connection in an intensely relatable way. It is a truly resonant, and therapeutic, contribution to a market and genre that often lacks the visceral honesty and healing so profoundly present in this beautiful story. Perhaps one of the many true marvels of this book is that, even though it is about two specific lovers, those characters remain anonymous enough so that they serve as highly relatable proxies for the reader’s personal experience.
Readers will find themselves taken on a rollercoaster ride through the blissful highs and union of twin flame relationship to desolate low points as the author travels his own journey from deep connection through the dark night of the soul before returning once again to the light. In his uniquely vulnerable way Miguel does not tell the reader how to feel, but instead shows them how he felt in his experience, so that they may learn from it and utilize his lessons in their life.

With this in mind the book covers a wide range of fears, wounds, behaviors and remedies that are charted in a brutally honest and raw way, illuminating a path of understanding and hope for those who choose to travel such challenging and yet rewarding terrain to the haven of love, wholeness, peace and healing.