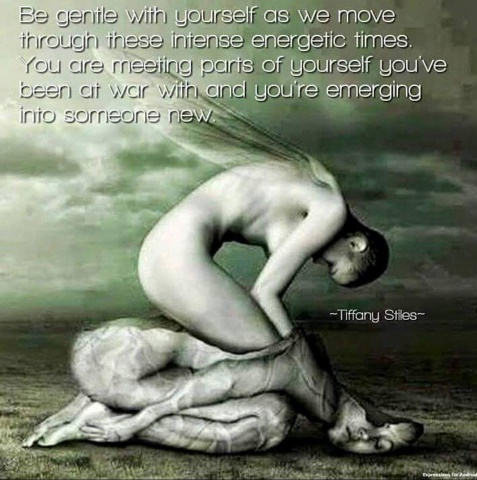 Okay, put your hands up if you have been experiencing some extra weird stuff going on recently?

It seemed to move to a whole new level with the Equinox Full Moon. Wow that was intense! My head was pounding and felt like it was full of pressure, I was freezing cold and had severe nausea in my stomach. And a feeling of fear was present. Not a fear of anything in particular but just fear, like a child being scared of the dark or scared of the unknown.

Since then things have been moving in waves and yesterday there was some serious stuff going on in my root chakra area! Like a gaping void or vortex and sense of expansiveness there. I guess that’s about my letting go of an old form of income that no longer serves and stepping into faith of being supported by the universe in my new ‘work’.

So, yeh…be gentle in these crazy, beautiful, transformational times. I would say get plenty of sleep but that just doesn’t seem to be on the cards these days!
But I am resting when I can, just ticking over and doing what needs to be done. Drinking loads of good water, eating good food, connecting with my soul companions and getting out under the sky on the earth as much as possible.

It doesn’t feel like a war going on for me. It feels more like the dead are being removed from the battlefield! LOL Surrender happened a while ago and yet it is a deepening, ongoing process.

So if things are a bit intense right now, know that you are not alone. All is well and all manner of things shall be well. Stay gentle and blessed. 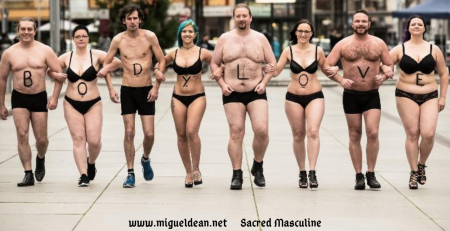 Time to Love Our Bodies

Just about every woman that I have known has issues with her body image. 'My hips are rather boyish, my breasts are too large or too small or too saggy, my hair is the wrong colour, too thin or too curly, my belly or my bum is too big...'... read more 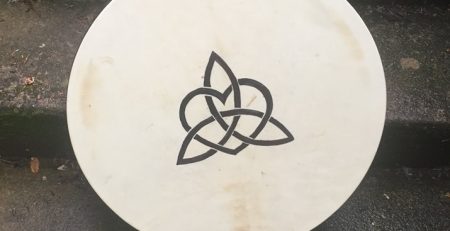 I am a broken drum that was neglected for a while. You might not know that I was broken but I am. One day I fell and now my wood is cracked. I thought that I was not worthy of being played because I was damaged and imperfect and my shame kept... read more 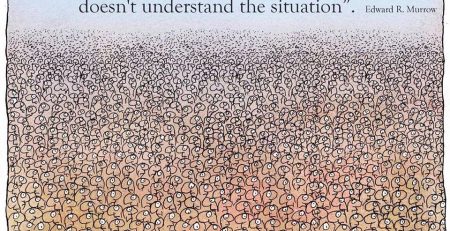 Musings of the Sacred Masculine

Apparently the human eye can only see between 430-770 THz. Our ears can only detect sound between 20 Hz - 20kHz. These ranges make up a fraction of the total light and sound frequency range. So it begs the question: what else is going on that is beyond what... read more